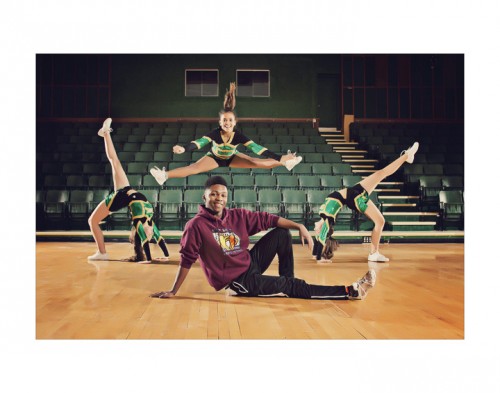 My name is Joshua Crerar Koshuba, and I am a 17-year-old Grade 12 French Immersion student at Campbell Collegiate. Over the past three years, I have been greatly involved with our school’s student council, and this year I am a co-president of Campbell Collegiate SLC. Through the last four years of high school, I have been involved in a variety of activities within school such as volleyball, cheerleading, wrestling, music (band and choir). I played a leading role in our school’s production of Hairspray in 2013. In addition to my duties as the SLC co-president, I have taken on a leadership role within our Best Buddies group. The group is involved with the special needs students at Campbell.

Outside of school, I coach gymnastics and train with my team. In April 2015, my cheerleading team competed at the Canadian National Championship in Niagara Falls. In December 2015, my team competed and received a second place at a national-level competition in Las Vegas. Through my high school summers, I worked as a volunteer at the summer camps for people with varying disabilities such as Camp Easter Seals and Summer Program for Special Children.

In the next few years, I intend to obtain a teaching degree. I will continue to participate in and coach cheerleading. Working with people with disabilities will be a priority in my life.